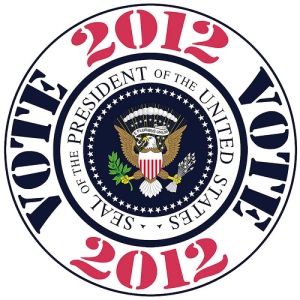 Get out and vote!

As we countdown to the elections, there have been many moments that stand out. There are great moments, confusing moments and those moments that will be remembered forever.

There couldn’t be a more important time in America for people to come together and hear out what each side is saying at their campaign rallies, conventions, the upcoming debates and really be able to make an informed decision in November.

This is not an election of which Party to put into the White House but a choice of a leader for our Nation as we continue to work on strengthening our economy, building a better future for our children, putting quality and affordable healthcare in the reach of everyone, advancing our educational system to stay competitive in the world and making sure our service members, military families and veterans have their needs looked after from the time they enlist and each day after.

To lead America into the next 4 years, it means leading and listening to ALL Americans while respecting their lives and the diverse backgrounds many come from as well as the diversity within the United States of America. Without this diversity in our Nation, our great Country wouldn’t be what it is today. Pride in our Country starts with pride in its people.

The fact is, this is a time to make a point, take responsibility, state what their nominee’s plan is to move forward and nominate the person for each Party. At the end of these conventions, voters should know more about what each candidate would do to improve the lives of the American people as well as lay out some type of an idea for their overall policies. Give a glimpse into the future if they were to be the one sworn in as President of the United States in January 2013. This is not a race to win or a “family feud” of sorts. This is serious business. Can this person lead? Can this person represent the American people?

When it comes down to it, the decisions made in the past have laid down the groundwork for opportunities today.  Without strong leaders, much of what our Nation is known for would not be in existence today. Many freedoms we often take for granted would not have come about. To be a great leader means working to improve the present while also taking into account lives in the future, not taking for granted what has been fought for in the past and respecting those who have given of themselves for the freedoms we have today.

Between now and election, there will be a LOT of targeted ads running on TV. A good deal of them are being put out from special interest groups saying they “represent” one side or the other. Their point is not to give facts but to get votes. They don’t care if they are misguided votes. A vote is a vote. They have money to spend and they aren’t spending it to educate the American public.

In today’s age of technology, it has never been easier to sit down and watch a speech, debate, read a full dialogue or look up anything a person may have missed during the day or week. Why take someone’s word for what was said? See things, in full for yourself. A vote shouldn’t be made based on emails received, clips on the news, coworkers ideas or based on Party affiliation.

Each candidate has their own website and many of their speeches are posted shortly after they are given along the campaign trail. This enables voters to see for themselves what is happening as voting day gets closer.

Every vote matters. Are you registered? Each state has different deadlines to register prior to elections. Check here for deadlines and registration.

Question: Have you been watching the conventions? RNC or DNC? Both? What have your favorite moments been?

Here is a video clip from the #DNC2012 of President Bill Clinton speaking. This is the first time ever a former President has nominated a President. This is a MUST SEE speech.